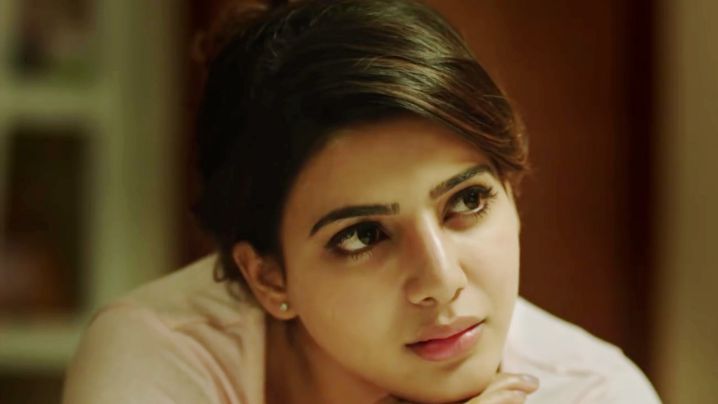 I am a 25-year-old woman. I finished my engineering and have got a decent government job in hand. I belong to a conservative family.

I knew my parents would never approve of a love marriage so I rejected many proposals during my college days. Even after I started working I continued to reject the proposals that came my way without any regrets.

I hoped my parents would find the right guy for me – a guy who would keep my parents and me happy.

Soon it was time for me to get married. My parents found a guy for me from a matrimonial site. We had no common friends or relatives so their family was new to us. My parents felt he was a good prospect for me so they gave their nod of consent to our alliance.

I had no reasons to reject the proposal.

When we met for the first time before our marriage he told me that he was in love with some girl. He said that his family had pressurized him to break up with her and he had moved on from her.

I said, “It is not an issue as long as it does not affect our future.” He had no reason to reject me so he too gave his nod of approval for our wedding.

Everything happened very quickly after that. Before I could realize it I was married to a stranger. I shifted to a different city after I got married and started living with my in-laws and husband. It was a new family, a new place and the people around me were new.

I just wished my husband would hold my hand, comfort me and assure me of his love. But I was shocked when I noticed his strange behaviour.

He would find every possible opportunity to avoid talking to me. He did not want to spend any quality time with me and was not interested in having a physical relationship with me.

I had always dreamt of having a loving relationship with my husband.

My friends and family members thought that I had good looks and I was a decent person by nature. They would often tell me that it would be easy for any guy to fall for a girl like me.

I asked him why he had married me when he was not mentally and physically ready for the relationship. My in-laws did not like it when I questioned him. They blamed me for not giving him enough time to overcome his past.

We had spent a year together by this time. My parents were helpless. Like all other parents, they asked me to be patient with him. I had wasted one whole year of my life with him already. This was actually supposed to be a dream period for newlyweds. I realized that things could not continue in the same manner anymore. I spoke to him about our divorce. He was not ready for this because he was scared of his family’s reputation.

He wanted to keep his parents happy by just holding on to our lifeless marriage.

Nobody was with me during my bad times. I felt he had betrayed me. I would cry all through the night without having a shoulder to lean on. I would ask myself several questions. “What was my fault?”Why did I land up here?” “Had I rejected proposals of guys who valued me and loved me to the core just to marry this guy?” I had never disrespected my in-laws. I had never replied back to them. I had never had any harsh arguments with them.

But for them, their son was always right.

I felt that if we had a baby, things would settle down to some extent in our lives. He wasn't willing to have a baby. But he agreed to it when I forced him into it. I gave birth to a boy after two and a half years of getting married.

Things haven’t settled down completely. Our focus has shifted to my son now. He is my world.

I moved to my parents' house for my delivery. After my delivery, I stayed with my parents for 6 months. When it was time for me to go back to my in-laws and husband, we decided to move into a house that was closer to my office. I wanted to reduce my commute time so that I could spend more time with my baby. My in-laws said they could not take care of the baby because they had health issues. My husband, parents and in-laws did not want me to quit my job. I didn't want to leave my baby with a caretaker. So my mom compromised and shuttled between two cities so that she could take care of my baby and my dad. A year passed in this manner.

Soon it was time for my brother–in–law’s wedding. None of his family members asked me for my suggestions. I was not included in the decision-making process. I was not even a part of the wedding preparations.

I was called for the rituals only when the guests were around because they did not want the guests to question them.

Only my husband’s cousin sister was treated like the most important family member. Nothing could start or end without her.

I was hurt but I did not make an issue out of it because there were so many other things to worry about. This looked like a very trivial thing to me.

My dad's health had started deteriorating. My son was now one and a half years old. I was the only daughter of my parents so I felt it would be wiser for me to stay with my parents. I did not want my mom to struggle due to my job. By now our fights and arguments had reduced but we still had the same issues and felt the same way about them.

I feel I am not valued, respected or honoured by my husband and his family. In fact, even after four years, they do not consider me to be a part of their family. They keep belittling me. Not once has my husband ever told me that he needs me in his life.

I shifted to my parents’ house with a heavy heart. It has been two and a half years now. I have been taking care of my parents and my dad’s health. My parents take care of my son in my absence.

When I returned to my parents’ place, I had to work with a friend of mine. He had proposed to me before I got married. He was still unmarried. We had lost touch with each other after my marriage. We started greeting each other and slowly we became very good friends.

I could not stop myself from telling him about my struggles after I got married.

He confessed that he still felt the same way about me. He said he would accept me into his life anytime. He said he was waiting for me to come back to him.

I became weak. His love for me was very strong. I was the queen of his world. Nothing mattered to him except me. He made me feel special whenever I was with him. He shared every bit of information about his life, parents and professional challenges with me.

He loved talking to me all the time. I was on cloud nine. At one point in time, I decided to divorce my husband and marry this guy. He was my dream guy. We got along well and ended up becoming intimate.

But my conscience did not permit me to have sex with him.

My son was growing up. My dad was not keeping well and I knew I would feel guilty about cheating my husband.

I took a reality check and decided to leave the person for whom I was the world. I regretted doing this to him.

I’m ready to accept any punishment that karma gives me for doing this to him. I am back to leading my incomplete life now. I forget all my loneliness when I get a little peck from my son.

My husband, as usual, comes home every weekend. He gels with my parents. He is a good father, a good son but a bad husband. He does not take up any responsibility. He does not share any information about his life and his family. We both behave like acquaintances. I am not able to accept him now after all the hardships that he put me through. I feel I was harassed mentally. I have lost 6 years of my life in this emotional roller coaster ride. I feel I have not got my due. I think my emotions are the real culprit of my story. I blame myself for feeling this way.

All of us face unique challenges in our lives. Most things are beyond our control. Maybe we learn to work on the things that are under control only when our emotional turmoil subsides. Maybe we can find happiness from others and in doing things that we love. Perhaps all we need to do is to love ourselves for fighting our battles in the way we feel is right. Let’s share this brave woman’s story because she has the courage to accept the reality.

YOUR STORY
Your Stories
LET'S FACE IT
LIFE IN THE TIMES OF CORONA
BAKKAR. CHAI. SUTTA
HOW'S THE JOSH