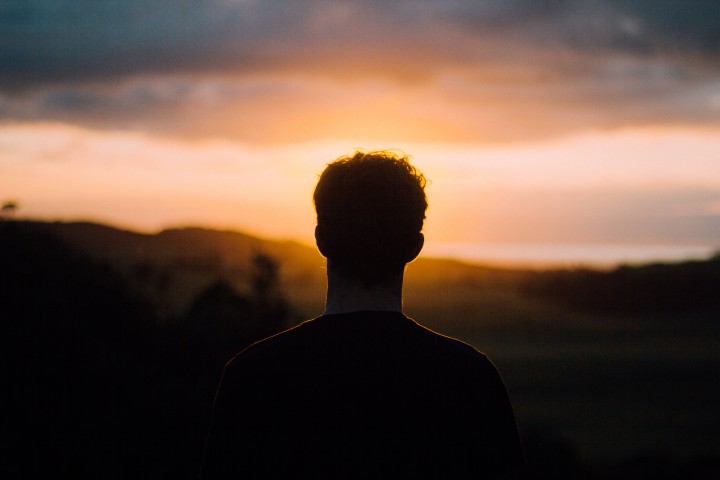 Where do I start from? The story of my life is disheartening. Falling in love has never been easy. And then when it happens, you have to face the 100 odds, that too with family. Must have happened to you. And it's happened to me too.

I fell in love too. I did with a mature man but realized later it was probably a lie or I don't know what to call it.

How did I meet him, that's another long story. We met at a resto-bar in Mumbai. And we are two very different people from very different cultures. He's a divorced man, in his 40's. And I, never divorced or married.

From the day we met. He chased me. He found me despite all the attempts of stalking me and that's how it started. Professionally, I'm not sure what he does, as he said he was a designer but I guess he doesn't work and just lives off rich women who look for men to satisfy their needs. He's one of those old gigolos, who are still available in Mumbai.

He came across as kindhearted, passionate, loving, social, open-minded, ambitious, and chivalrous but honestly, he's none of them. We started meeting after our first meeting and he always confessed how he loved me and only wanted to spend more time with me, be with me and marry me.

Slowly but gradually, I fell for him. I saw no signs of who he was despite the lies he used on me. I'm forced to call them lies as that's what he made me believe. He never spoke about his ex-wife but a friend who knows him said once that he had harassed her and despite. I didn't believe my friend.

When they warn you and tell you, a divorced man can't be trusted, you should listen. Whatever the age maybe 28 or 41 or 36 they are the same more often than now.

He told me briefly about his wife once, they had an illicit affair and how he had eloped and married her. But never told me how he stared at women, especially fat and white women, he followed Brazilian and some Russian sex workers on Instagram. As he had traveled a lot, he claimed to know a lot of people.

He was a Gujarati man, a vegetarian but an alcoholic who was a sex freak. He'd sometimes stare at older elite women when we were together and I never knew it. He'd keep telling me how good he was in bed and that women rated him 98%. I could never see the signs.

He touched my best friend's girlfriend in a club once and spent 20k that night, which he had apparently borrowed from another woman to impress her and then he chased her on Instagram. He owed half the resto-bar owners from Churchgate to Bombay central money. And so he never hung out there and would only hang out, away from home in Churchgate at Juhu, Andheri, or Bandra.

His parents had fixated a belief system in his head, he could go out and destroy every girl's life but had to marry someone where the kundalis matched.

He said his first marriage broke in 5 months because his father told him birth charts didn't match and there was a dosha. He loved his parents but they weren't even there to look after him as a child, he was cared for by his grandmother.

So let me tell you what he did to me. We met often and from the first time on social media, from our very first chat, he had only asked me to marry him and he wanted to marry me. I fell for him because I hadn't seen all that I spoke about.

I had only seen a humble man. He's not very handsome, just a tall lean man. In fact, a friend's son saw him and started crying. He is extremely chivalrous but this is all just to show a woman he cares because later on, he takes money and vanishes.

I'd probably be okay with all of it but he emotionally sucks up the woman leaving her feeling helpless. Trust me, I had suicidal thoughts after he left me and I can only imagine what must have happened to his ex-wife. I feel so bad that he could make me believe we were getting married and so he told his father. But that's the twist, his father said we couldn't get married because I had some dosha in my birth chart but he didn't tell me, he had the same.

So, a man who I considered mature in his 40's told me he couldn't do it because his parents controlled the strings to his life. However, his parents never controlled his strings when he took money from women and ran away. This man made me feel so miserable for days, I believed I had a dosha, his father claimed that I was divorced or chose not to marry as I knew I'll marry and get divorced.

I mean can you imagine, in fact, his father also told him we won't have a baby after we get married or even if I had one, my baby will die.

I was broken, I cried day in day out. I don't think he ever realized what he did to me in the name of love.

I was so blinded by the thought of getting married that I wanted it to work despite the red flags.

He used to kiss me forcibly in cabs when I didn't like it, and when he wanted to make love as he calls it, he told me how good his Russian and Brazilian girlfriends were in bed. I was still so blinded by his stupidity that I never saw all this coming.

People who worked with him mentioned he used to do the same 15 years ago, flirt with women, be indebted to many, go to lavish parties, chase random women and charm his way across with his ugly face.

Men like this are everywhere. It's so difficult to trust a man because of men like him. His Gujarati parents control him but have never corrected his ways.

They have a son in his 40's who is a perennial liar, doesn't even have his own house, and lives off of other women by taking money from some and then going and offering sexual favors to others but hasn't once controlled that side of him. But they break others' daughters and blame someone else's daughter saying 'the girl has dosha'. What about their son? Who is available on social media 24*7 and on all the dating apps, what about him?

He chases women on Instagram, Twitter, and FB messenger and messages them, meets them, promises them to marry them from the first meeting, sucks them up emotionally and then breaks them down part by part and still pretends to be with them and then makes excuses and somehow gets money from them or makes them pay for his iPhone with their credit cards and then vanishes and finds a new prey to suck up to and screw again.

This man is there out there and that's what he keeps doing. So here's the thing, please don't believe men like him, a 41-year-old man could lie too just like a 25-year-old, where they tell u, and make you believe things but only play you. They can treat you badly and maybe you'd never even realize because they say "I'm with family I can't talk, my father is around and my sister is here and my cousins are here" and you'd never know.

They say they are in business meetings while they are in hotels with women and then when they are with you, they tell the other women about the business meetings. It's the same story. This is to all the women, please don't let men like this enter your life and break you. If your friends warn you, take it seriously.

Marriage for them won't ever happen even if the woman is right and their birth charts match, a man like him will only get divorced always. Which woman wants to marry a liar, who will live off her and is lustful?

In fact, the common friend had also revealed to me how he had beaten up his ex-wife and used to live off her salary and it wasn't just him, it was his entire family who lived off her. So she worked and also struggled with daily chores at home and was a victim of domestic abuse by her in-laws and sexual abuse by this lustful man. Please never give in to a man like this and he has lived in Mumbai, Delhi, Pune, Gujrat and travels to Russia to meet his ex-girlfriend who is married and has a son from another man and yes, he will tell you all this too and tell you how he wants to adopt her son and how he loves him. He fools a person with his stories. He also tells women how his father and he wishes to invest 50 lakhs in the Russian market and start their own business there.

This is a Gujarati man who lies through his nose. He will also tell you he has a Russian business visa and has a project there.

Please be careful of who you speak with. It's dangerous out there if you're a single independent woman.

From A Doctor To A Patient, The Pandemic Tested Me

DIRTY PICTURE
The Golden Bird
LIFE IN THE TIMES OF CORONA
BAKKAR. CHAI. SUTTA
LIFE IS TOUGH
YOURS GEEKLY