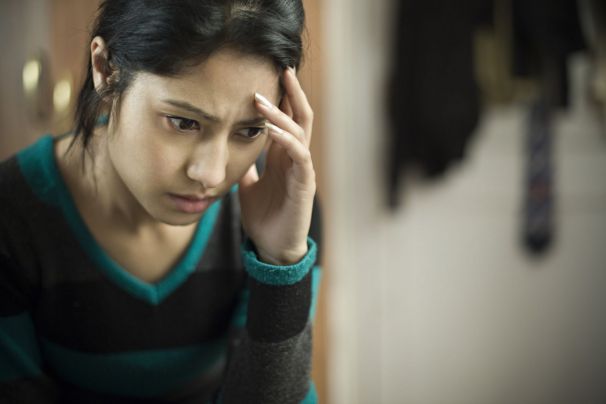 I am a really friendly, bubbly talkative girl. I enjoy being with my friends and going out with them. I met this boy when I was in school. We clicked and before I knew it, we were in a relationship. He was my exact opposite – calm and composed. We were very close to each other. I could never ever imagine that he would hide anything from me. But one day, I found out from a mutual friend of ours that there was this ‘other girl’ in his life too. This mutual friend of ours had somehow managed to get screenshots of their chats and had showed them to me.

I thought I was experiencing my worst nightmare when I found out that he was cheating on me. In fact, he had cheated on me multiple times.

When I confronted him with this, he lied and made excuses. I thought that he had lied to me so that he could still be with me. So I gave our two-year relationship another chance but I still could not forgive him.

He would impose restrictions on me. He wouldn't let me make friends in college. He would message all my friends and tell them about our relationship. He would have a problem if I met anyone – even my cousins.

I became numb and froze with shock when I heard this.

I never ever imagined that he would say or do something like that because I wasn’t doing anything wrong at all. He was a bad human being and I couldn’t stand the sight of him anymore.

I was extremely angry because he had disrespected and threatened a woman’s privacy. I realized that I had been with a bad person all this while.

That very moment, I decided to leave him. It’s been two years now. I have blocked him from everywhere. But he calls me from different numbers every week to tell me that he still loves me. He creates fake IDs to stalk me on social media. He does all kinds of crappy things but I refused to take any of this anymore.

He continues to threaten me and keeps saying that he will sabotage my present.  I wonder if he can even really carry out his threats. Obviously, he would feel sorry for his actions later on. After which he would have to think of another way to win me back.

I have been in a serious relationship for the past two years. I am going to marry this guy. But my ex keeps telling me that he will reveal all the details of our past to my parents and my fiancé’s parents too. He says that I can’t live with my in-laws when he does so because I will always be judged for being with him in the past.

I realized that I was still being punished for a mistake that I had made when I was in school. I couldn’t stand him anymore. I could neither forgive him for the way he continued to threaten me nor forget how he had made me feel for such a long time.

I was annoyed with myself because I was still dealing with him even though I had left him two years ago. So one day, I confidently picked up the phone and threatened him.

I raised my voice and let him know that he could do whatever he wanted to but after that, my dad would bury him alive.

I told him that no matter what he did he would never get around to being with me. I then told him that if he called me even once after this, I would tell my father about our relationship myself.

He got scared. He hasn’t called after that. I was finally free of the torture that I had been dealing with for over two years.

I am sharing this story because I want to create awareness amongst all the young women out there. Monsters like these do exist and they do such horrible things too. They may look like princes and dress up smartly but we have to be careful enough to read the signs. We have to recognize their true character before it is too late. We should never let any man overwhelm us or threaten us or take advantage of our innocence in any way.

We all know that we will make mistakes until our dying day. Yet we always feel ashamed when we make them. Maybe we are scared of the consequences. Maybe our ego stops us from acknowledging or accepting our mistakes. But only when we discuss them openly with our loved ones, can we move ahead confidently with our lives. Let's share this brave girl's story so that we all learn to confidently stand up to people who take unfair advantage of such situations.

Your Stories
YOUR STORY
POEM
YOURS GEEKLY
LIFE IN THE TIMES OF CORONA
BAKKAR. CHAI. SUTTA