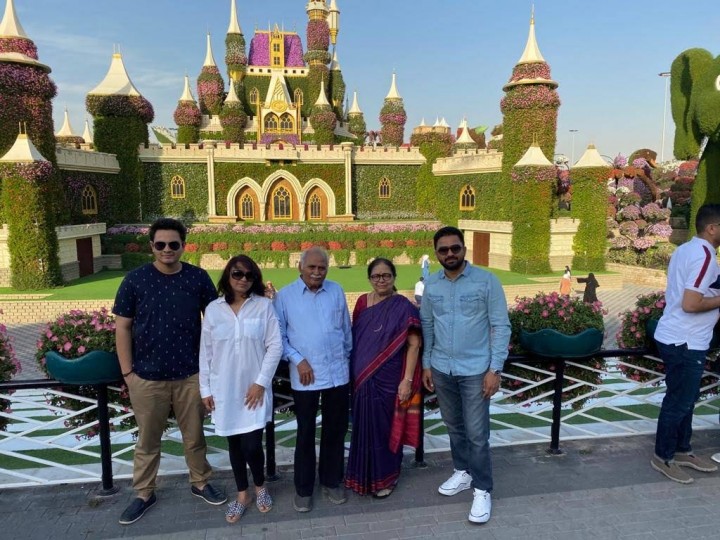 The assault began shortly after my marriage, first verbally and then physically, and I cannot be sure what caused it; it could be because he was in a bad mood or because something had gone wrong with him, and he'd simply started abusing me out of the blue.

It took a long time for me to break away because I didn't tell anyone in my family for 4-5 years. Nobody, not my friends, parents, or relatives, realised what I was going through. They all believed we were a family, and we were satisfied as a family. Nobody was aware of the situation inside the house.

But one night, while I was at a relative's house, he came in and started fighting with me and abusing me, and when my cousin saw the situation and told the elders, everyone in the family collectively said that this abuse couldn't go on.

I've deduced from this that you should never try to hide anything or keep it to yourself because things will not improve on their own; an abusive relationship is like broken glass; it will never return to its original state. As a result, attempting to restore them is pointless. So don't keep quiet about the abuse because you're worried about how others will respond or that you'll hurt someone.

When you're going through much mental and emotional pain, you need to confide in someone you can trust, and family support is crucial.

Another important factor at this time is financial independence because there must be many women who wish to leave abusive marriages but are unable to do so because they are financially independent. I'm grateful to my parents, relatives, friends, and brothers for always being there for me and helping me get through that difficult time, and even though my son was very young at the time, he still had the understanding and empathy of an adult, and he's always been there for me and stood by me like a strong pillar. As a single mother, you will face many problems; people will judge you, be opinionated, and criticise you. Every step, every movement will be monitored, scrutinised, and stigmatised. So you simply have to be prepared to deal with everything.

Even when you buy a house, people will ask, "Oh God, where did she get the money?" If you buy a car, people will wonder if it was given to you by a friend and if you go out and party, you will be labelled as a negative influence or a bad mother. As a single mother, you will face numerous more challenges. Even your relatives will begin to question and judge you. You are suddenly required to explain everything you do to everyone. But I would still suggest women in abusive relationships leave them, whether they are physical, sexual, or emotional.

If you believe you can change the situation, though I doubt it will, go ahead and do it. But, keep your dignity, don't compromise with yourself, don't adapt to the abuse, speak up about it, and be strong enough to make your own decisions./blockquote>

Here I Am On My Journey To Make A Difference

What Made Me Turn Away From Fast Fashion Very Quickly