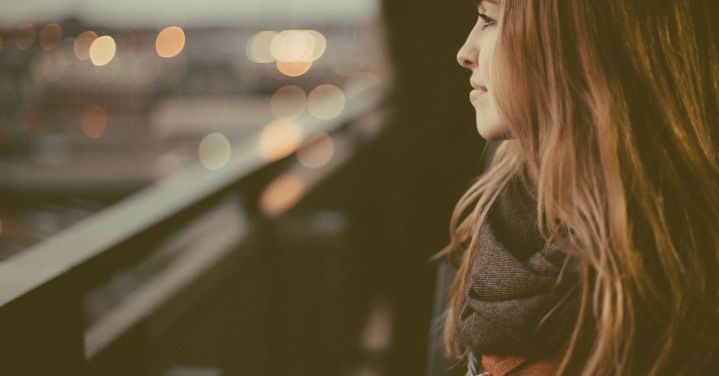 For goodness sake, gay woman out there,

I know you exist and I know you’re listening, and all I ask is to follow me through this story.

If you choose to stop here, from one lesbian to another, with trembling hands joined I shall implore you- please, please, whatever you choose to do about your sexuality in a country that is still hell bent on branding you a criminal, do not marry a man.

You’ll be as good as ripping yourself limb from limb in consigning yourself to a life like that. A life like that is a goddamned death by a thousand cuts. And you best believe it, you’re going to take people down with you on your hackneyed quest to self-discovery or the opposite, and it is not going to be at all pretty. This is my story.

I met the woman who was to become an indelible part of my life and I daresay my being, in a design institute tucked away in a sleepy, rather beautiful city in the country. We were adolescents on the brink of adulthood; all that stood between us and the real world, as they so stiltedly word it, were the three years that were to follow. We were design students, the chosen few who fought hard for the seats we secured, we had bright futures, we couldn’t be happier.

We were also both queer. Me, stumbling out of a closet I had been in for most of my life, but growing happier and more confident in my sexuality. Her, fearful but still aware enough of herself. We were introduced by a mutual friend, also gay- and I want to tell you in retrospect that it was a goddamned clichéd love at first sight scenario.

I fell for her in bits and pieces, in the stolen evenings we spent skirting around a city we came to know as intimately as we were to know each other, in the tentative exploration of our spaces and bodies and minds, we fell deeply and more intensely in love than I ever hoped and imagined and dreamed would happen to me. And those months, now cloaked with the dust of a thousand memories that were to follow, will forever stand out in my mind and heart.

Fast forward, my lover of three months got engaged to a man at the family’s behest; the news came to me like a freight train and before I knew it, the world as I knew it was snatched from beneath my feet like a goddamned enormous carpet. Everything that I knew and made sense of was turned on its head.

I saw his picture for the first time on Facebook, my stomach turning, his name alien to my quavering lips. I saw her next after my term break; she flung herself into my arms the minute I opened her front door, we cried like we were dying. And I was dying, in a way, for the year and a half that followed was excruciating, a pain that perhaps only someone who has committed themselves to someone else who they found themselves losing bit by agonizing bit will understand.

I was young and I was foolish, but I was incredibly in love, and you see, you might want to throw brickbats and to tell me that I helped someone cheat; the truth is, I ruined myself in trying to save her.

I lost myself so completely, so wholly, and watching the person I cradled and made love to and rocked to sleep and ran away into the night with break bit by painful bit the more desperate I grew to piece her together, is something I wouldn’t wish on my worst enemy.

I couldn’t save her and my time was running out as was our time together as students, and as lovers. We continued to be affectionate, but she was never consistent. She spent nights distant, I grew accustomed to not being kissed, to not being touched; we would talk about her marriage when we weren’t studying in the institute and every argument ripped through me and ended in tears and I felt wrung out, I felt drained.

On one of the last nights that we were to spend together, we checked ourselves into a hotel room and made love till it was daylight. She asked me then in a trembling whisper to write to her father; probably one of the most difficult letters I’ve written in my life.

It was read, presumably, but disregarded completely by him. I took a week to write it and it took more of me than I can convey through words.

I’m not going to go over what the weeks leading up to her wedding felt like, or the time after, but I will tell you I met her again for a couple of months and I put up a strong facade though I was ruined inside.

You see her husband wasn’t from here, and as long as she could study and work as an intern, she kept her lives separate, but I was a goddamned fool, naïve, broken, hopeful that she would leave him, trusting that though she had gone and done this, that she felt for me, that somehow, insanely, we were on the same team.

All the pleading in the world didn’t make her leave her farce of a marriage; what it did was crush my spirit. I want to tell you that I healed soon after she left for good, that I despise her now and that I’ve recovered from the utter shambles that I was in years ago. It’s been two years, but the crushing pain that certain moments brought me comes crashing in to normal days, rushing tears to my eyes in an instant. In my dreams, she is often around and smiling, and for a while, she is the person I was almost sure she was. Her name in conversations still drags me back into the recent past; I sublimate what I cannot put into words in my illustrations. I still cry myself to sleep most nights, I cannot bring myself to tell my current partner this for she will worry and I am giving myself time to heal.

You, if you are reading this, I couldn’t despise you, you rearranged me in ways I didn’t think possible. Part of me will possibly never fall out of love with you. I still am uncertain how long it is going to take for me to stop hurting. There is an island of pain beneath my surface, and you nurtured it bit by bit, before you left without a goddamned thought about what would become of me.

The sheer force of what I had been through for three years had left me feeling a goddamned shell, disbelieving, jaded. I’m slowly learning to believe though.

I’m slowly learning to let in the most wonderful woman I’ve had the privilege of meeting, I’m learning that I cannot let this experience stop all the love I still have to give. I couldn’t forget what I went through in my final years in college, and I am no longer blind to the fact that the person I loved more than I had loved anyone before treated me cruelly because I stuck around and hoped she would one day forsake the facade her family chose for her for some kind of a life with me.

I know that neither of us deserved what we got. And we got what we got because we fell in love and were the same gender.

Thank you person, for staying with me till the end. I didn’t think you would. I’m better now, I promise, though I’ve been burnt. Please, please, don’t marry your lesbian daughters to men, Indian fathers and mothers.

Gay woman, if you are closeted, don’t take someone else down with you. You cannot possibly comprehend the hurt you are causing, that your indifference and your fear and your actions are causing, and the ripple effect that it’s going to have. I was collateral damage through most of the duration of my first relationship, and in the end, she left me. I don’t know what she is going through in her part of the universe, I don’t know how she can live with someone she has cheated on for years, but I know how much to the edge I was driven.

Gay woman, I know, believe me I do, what it feels like to be closeted. What it feels like to lose a love you did everything to keep. When you want to ‘give up’ or to let go, or to lead a life that is not in tandem with what you feel inside of yourself at your most honest moments, remember that by doing so you are killing yourself more slowly than you can imagine.

Closeted lesbian, it might be beautiful falling in love with you, but it is crushing to sustain something with you; it is agony to be your secret, it is something no human deserves. It is something that carves a mark inside of you; something that takes a goddamned long while to erase. It is even worse, possibly, to be the trophy that masks your shame. No man deserves that. But I can speak as the lover, the ‘other woman’ as bitter as that word sounds in my own mouth, and I can tell you like I have done, that it was scarring and debilitating.

Hold on, queer woman, and I promise you, you will lead a better life than the one you are leading now; a fuller life, a happier one. Don’t treat your love like it’s dirt to be brushed under some carpet, you are so much more deserving than that.

As for you, I still carry the mark you left on my heart and I hope that one day I won’t have to cry myself to sleep over what you did to me or what you’re doing to yourself- but most of all I hope that we find a love that serves us better than the one we gave up on.