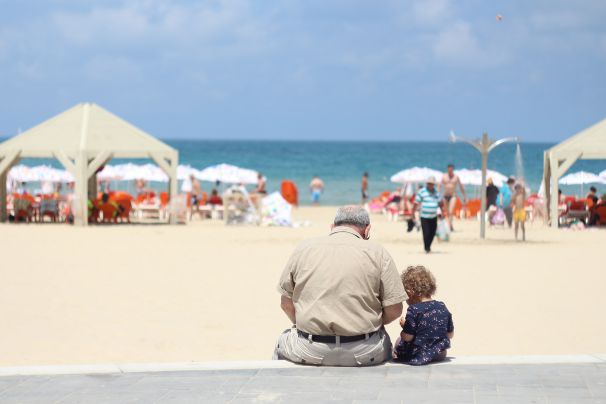 So how should I start? I was in the fourth grade when my own grandfather (my 'nana') tried to sexually harass me. Before that incident, I was actually really close to him but whatever I had with him in the name of 'trust', he broke it in a jiffy. I could have never even imagined that this could happen to me.

Long back, my sister and I always wanted to sleep in the same bed as him but that was before we knew he was a leech to the society. On one such night, the impossible happened. I felt a hand going inside my T-shirt. I was shocked and then, I realized it was him doing that.

Instead of feeling disgusted at his act, I was more scared of the fact that my cousin sister was sleeping right in the middle and unlike me, she was in deep sleep. I was scared that something unwanted might happen to her body too and she would never get to know.

So the very next day, I cried and said all this to my mother. She was shocked and what she said after that really broke me. She said, "Aisa kaise ho sakta hai? Papa aisa kar hi nahi sakte, bachpan se jaanti hoon main unhe." (Read: "How can this happen? Father can't do this, I know him since my childhood.")

Obviously like any other girl, I started doubting myself. Maybe I had misunderstood the whole situation - I said to myself. But a similar incident happened two weeks after that night. I was laying in bed and I felt a hand going down my pants and when I opened my eyes, he ran away. This time I was unsure whether I should say anything to anyone or not. So instead of complaining, I started crying. My aunt and mother asked me if something was wrong, I stayed quiet.

However, I couldn't help but tell my mom the next day, she advised me to shout the next time he did that to me. Maybe she still didn't believe me still. I think that day shut me up for good. Like it happens in this society everyday, to some or the other woman.

Way later, one day, I heard my mom and aunt discussing, "Tumne kaal purush ke baare mein suna hai? Yeh ek mard ki aatma hoti hai jo jawaan ladkiyo ke saath aisi cheeze karti hai, kya pata wahi ho." (Read: "Have you heard of this thing called "Kaal Purush"? It's this spirit of a man who does such thing to young women, you never know it may be him who's troubling her.")

It was me, my body, my soul that knew who the person really was, it was undoubtedly my grandfather.

Thankfully, after that incident, it never happened to me again, but I do have three cousin sisters who I'm always worried about but unlike my mother, I'll always stand up for them.