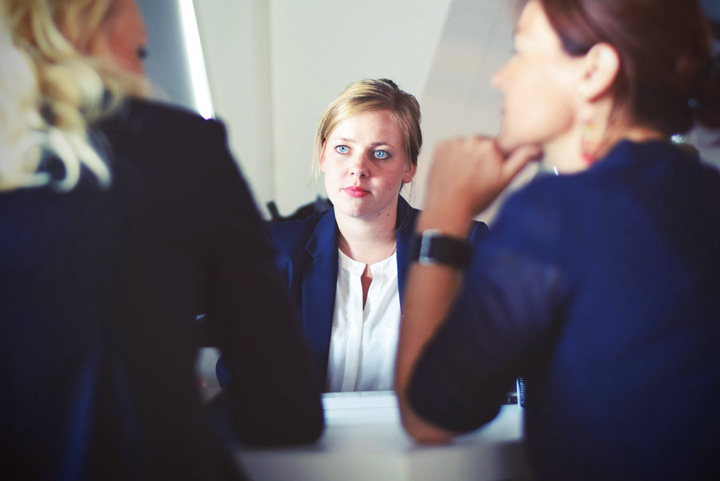 “It’s still a man’s world.” Those were the words she said to me after she raised her voice at work and was threatened with job termination.

She was trying to get a pay raise, long overdue after she had taken up the team leader’s responsibilities about six months ago. She was new when suddenly, her boss fired everyone at work, only to call them back after suffering a loss of about two hundred thousand in a week. Because she needed the money - despite having been maliciously fired - she went back to work for him. The previous setup had entirely crumbled and she had to start all over again in her new job profile.

Once, in a client brief her boss shut her down in front of everybody, even though it was her idea that saved the day, later. In another meeting barely two weeks later, the same thing happened and once again, the client took up her strategies and approach for the media campaign they had coming up.

She spent late nights in the office and covered up for other members too, just so that her team could meet deadlines and deliver on time, but asking for a raise was too much, even after she had proved herself over and over again. But when she saw that her male counterpart was but being paid almost double the amount as her, she finally quit in search for greener pastures.

Another woman landed a job in a national school. She had a TSC (Teacher Service Commission) number and was awaiting employment by the commission and we all know how long that can take but here she was, as a Board of Directors employee and committed to her calling. She had been at it for two terms now with the promise of a better year ahead as the commission was about to employ new teachers soon. But the principal had other ideas.

For the better part of the previous school term, he harassed her. He sent her suggestive texts and complimented her dress even though it was as decent as decent could get. She had been warned by her female colleagues that their male counterparts would come after her because she was young and pretty. So, one day, she asked her fiance to pick her up from work, hoping that it would pass the message that she was taken and would get married soon.

But instead of stopping, the principal only asked her to "act like someone who wanted the job badly". In short, he told her that if she wanted to land the spot next year as a teacher, she would have to sleep with him to get high recommendations from him. She resolved not to go back to the classroom if her seniors continued to objectify her.

Later, she quit her job.

A group of ladies who went out in search for a shamba (piece of land) were dismissed on the grounds of being young and pretty.

Every man they met kept asking them how serious they were about working on their own and if they could even hold a hoe and afford to get dirty in the ways of the world.

Joan Thatiah, journalist and creative writer, in her book, ‘Things I Will Tell My Daughter’ wrote that sexual predators are intelligent people who abuse knowingly and just like rapists, these men do it because they have the power. She writes that it is sad that even in our brave new world women are dismissed as lesser beings and denied rights and privileges they duly deserve. She also wrote about her own experience, where she was harassed and then told by a male colleague that "classy" ladies didn't report such incidents to the HR. As a result, she too quit.

I strongly agree with Joan when she says that we should speak up for ourselves and for the many young girls who aspire to be in our shoes one day. Our duty is to protect ourselves and be aware of the ugly elements present in our society, instead of ignoring them.

You don’t have to compromise your femininity just to be seen as an equal. You were born equal.

Share this story because no woman should feel alone in her fight.

YOUR STORY
YOURS GEEKLY
LIFE IN THE TIMES OF CORONA
CULTURE SHOCK
BAKKAR. CHAI. SUTTA
JUST IN