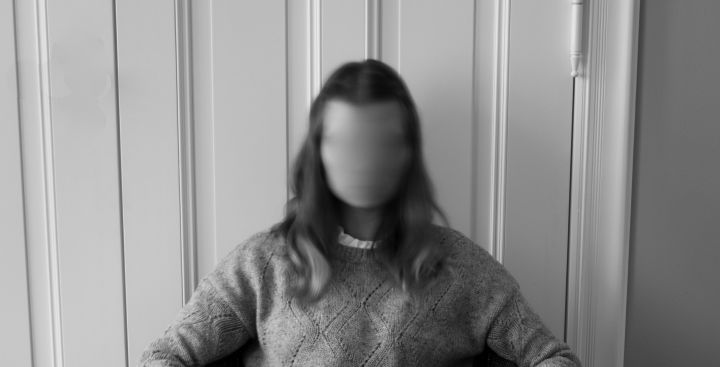 Many years ago, I don't remember quite how many, I was a kid, my parents weren't divorced yet, and my brother still lived at home. It was probably 10 years ago.

One day my brother had to take care of me for the night, as our parents were going out. I always needed someone to take care of me, because I'd go frantic, and get very aggressive if my parents left for a while, I don't know why, I still don't.

I was in the kitchen, and he was at the end of the kitchen table, a couple of metres away, we were yelling and screaming at each other, so all of a sudden, I just opened one of the kitchen drawers, took out a normal butter knife and threw it at him with everything I had.

My brother dodged it, got pissed, even more than he already was, and walked over to me quickly, took a sharper butter knife, raised it with his arm and said "You better stop this now!", in a way to try and calm me down I think, or show that this could get much much worse.

I looked at him, pulled out a much bigger knife, a very sharp knife, one of those you would cut a large piece of meat with, swung it at him, he avoided the hit, said something to me (I don't remember what), I ignored it, at this point he was a little further away, near the stairs that we had in our house, to the first and only floor, where we had our rooms.

Suddenly I started running after him with it, as I did he ran away, upstairs, I followed, and was ready to stab him if I caught him, he entered his room, slammed the door, I was right at the door, as the door just about got slammed, I tried to pierce him through the little crack there was before the door closed completely, my knife got in through the crack, it didn't hit my brother, he then opened the door quickly, pushed me away, slammed the door and locked it.

While I dropped the knife, banging on the door, screaming like a maniac that I would kill him. He called our parents, we had phones in our room, ones hooked up to the wall, no cellphones. They came home, I was calm again by the time they got home, but still outside his door, with the knife next to me.

I'm 23 now, sometimes when we're all together, my mom, my brother and myself we talk about stories, this story often comes up in that case, my brother always says it was burned into his memory, and that one of the things he will always remember, is my eyes as he closed the door and pushed me away, not directly saying that it would be the eyes of a murderer, but he believes that I truly would have stabbed him that day. I don't know if I would have, but I think it's a possibility.

Whenever this story comes up, my mother brings up some stories, when I would have chased her too, referring to my eyes again, that at some point, they can just see in my eyes that I've snapped, and that I'm not me anymore, referring to it as "At that point, I know I just gotta get away". I don't know how I should feel about this, it feels as if they're thinking of me as a psychopath.

Though I must admit, I get annoyed very easily, I always have a calm posture, and would seem like the kind of person who would never hurt anyone, but inside, I think about killing people more than just sometimes, just to experience it, what it would be like, and to relieve myself of some of all this anger and frustration that's inside of me, which nobody knows anything about.

I don't think I will ever do it, the thought of it doesn't scare me, it intrigues me, however.

I know the difference between good and evil, right and wrong. Killing a person, however much I might want to try it, is wrong, and I don't think I will ever do it. What makes me wonder is, if I nearly killed my brother once, and years later nearly hurt my mother badly multiple times, what would I do to a stranger whom I've never met, if it got to that point?