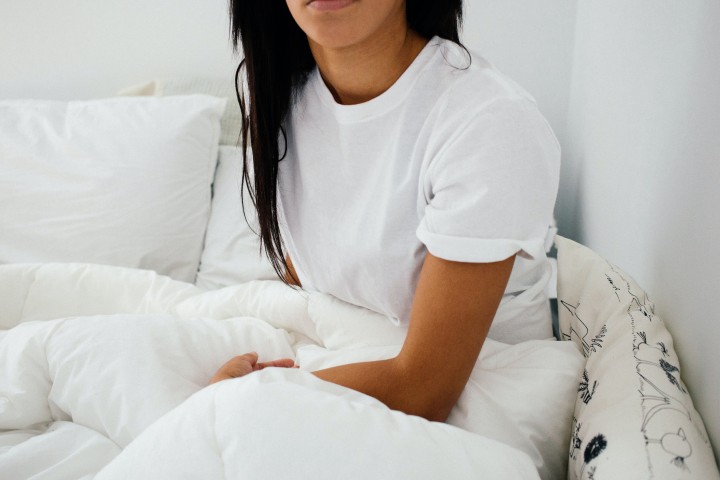 Disclaimer: This is a true story and all identifying information has been modified. Any resemblance to real people, living or dead, is purely coincidental.

Read the previous part of this story here: He’s 45, I’m 27. He’s In A Polyamorous Marriage And I Just Broke My Engagement: This Is Our Story

There’s an infinite gentleness in the way he calls out to me.

“Chakkarey,” he says, because I’m his sweet baby, “I don’t know what it is about you that I can’t resist. I don’t know why I’m feeling this way.” There’s an almost pained look on his face. His forehead crinkles and I see three rivulets of longing line across.

I’ve seen his face on the big PVR screen across the road from my apartment, and it has never looked like this.

On-screen, as a villain, in all the wrong Telugu films, he’d make my eyes roll to the back of my head for all his dramatized anger. But in the little five-inch window of my phone, on a grainy, crackling WhatsApp video call, I saw the changing sorrows of his face. I gulped hard, not knowing how to deal with the intensity of his declaration to me.

Laughing, I say, “Oh please, your hormones will wear off.” Now it’s his turn to roll his eyes. It’s the morning after that first, fateful night we spent. He wakes up, refuses coffee or breakfast, or even a toothbrush.

“I have a flight to catch,” he says ruefully. I find ways to hold on to him but he is built like Raavan and I am exactly half his size. I don’t even have the words to say to make him stay. I’m still in bed, transfixed. I don’t want to leave his side even for a second. I don’t know how we can have any type of connection.

He’s a full-grown, married man, 18 years older than me. I’m some 20-something woman and why would he even take me seriously?

We’d both lost our sense of propriety. It wasn’t just the culture of mouth bacteria we were sharing, there was a copious amount of alcohol, a**, and semen from the previous night.

In a magical world, Bertie Bott’s Every Flavoured Bean would be out of business. I don’t know how to tell him not to go. But I know someone who can. Tagore. So I frantically Google a very specific poem from the Gitanjali. Then I do another thing that I’d never done in my life- proffer my phone, unlocked, to him. “Read this aloud for me,” I plead. “Let me…” he begins. “No,” I stop him, “Don’t rehearse it. Just read it out for me.”

"Tear me, oh tear me - there isn’t much time. That I might fall, be shed to the dust - Fear of this starts to climb. I know not if in your garland this flower will find a seat; But let at least the wounds you inflict be in its fate.

Tear me, oh tear me before it’s too late. The day will end before long - the dark will be here. The moment for worship will pass before I’m aware. No matter what color in the flower, what scent stirs the heart, Take it as a service to you while the time is right.

Tear me, oh tear me while still there is light."

He looks up, with that same infinite gentleness in his eyes. I’m sitting on the floor by his feet and craning my neck up to see him. He tucks a finger under my chin and looks into my eyes, “Chakkarey,” he says, with a deep sigh, “You’re not my flower. You’re my Goddess, di.” And just like that, a vehement atheist believed in his first God- me. Aicha.

I had a brief recollection of the exchange from some hours earlier. I was drunk, I was sleepy, I was giddily happy in the arms of this man. At 2 a.m or 3 a.m, or God knows what time, he’d begged,

“But I’m on my period,” I’d protested

“I don’t know, put down an old towel,” he’d tried to reason with me.

“Look,” he’d fastened his grip around my shoulder, his eyes burning into mine. Momentarily, I’d been in my senses, “This body is a temple. And you’re going through a beautiful biological process. That’s what makes it so sacred.” The way he spoke to me took me back nearly a decade. A very tall, gigantic, physically powerful man, who was much older than I was, had said something disturbingly close about my body. I didn’t know how to say ‘No’ to him, and I’m haunted by it to this day.

Back in Vishwa’s arms in the middle of the night, I confessed, “Everything good and pure about you reminds me of trauma and abuse. And I’m doing everything to remind myself that you are not my past, that what is happening right now is not what happened back then.

"Please,” I begged, “Give me some time to process this.” “Chakkarey,” he’d asked gently, “Baby, were you raped?” Oh God. Oh, my God. What had I said to him? What had I confessed to him? I remembered all my lessons; lessons that I had carefully taught myself so I could become the woman that I am- NEVER give the man the power over you. And now, what had I done? What did Vishwa know about me? Why was he calling me a Goddess? I laugh a fake, automatic laugh.

“I KNOW I’m the Goddess,” I condescend, “YOU’RE the flower. All night, it was like this is what you were saying to me!” “I want to make love to you,” I mimic, like a slap on his face. He smiles a heartbroken smile, “Someday, I hope you’ll see what I mean. You are a Goddess. You’re my Goddess. Nee enadhu di.” I have seen through every lie, every farce, of every man who has ever tried to get into my pants. But the unnerving honesty of Vishwa’s words pulled the earth from below my feet.

‘How dare he,’ I thought to myself, ‘How dare he confuse me like this?’ The way he used my mother-tongue to speak to me was making me feel things that I had long ago buried. What fresh hell was this? Thank God for that flight he was supposed to catch. I sent him away and lay in bed, my eyes wide open, eyebrows flying into my hair every now and then.

All 14-by-14 feet of my room smelled of his sweat and spunk. There was no driving him out of my head. He had left himself in every orifice I possess. His voice still filled my ears, his musk in my nostrils, his tongue was in my… damn. What had I done? I resisted everything- the rumble in my stomach, the need to take a sh*t, everything.

Then my phone rings. His name flashes across my screen. It’s a video call. I don’t resist it. I pick up the phone. “Chakkarey,” his voice fills my room again, “I miss you, di.” “Well, don’t!” I want to say. But I know this time I’m doomed. I didn’t know how to make space for him in my life.

He was as huge and un-fittable in my life as he was in my queen bed. That’s when I decided- I was not going to try to fit him in my life. I was going to take my life, my whole entire life, to him instead.

I am just a girl in love. I cannot be held responsible for my actions.