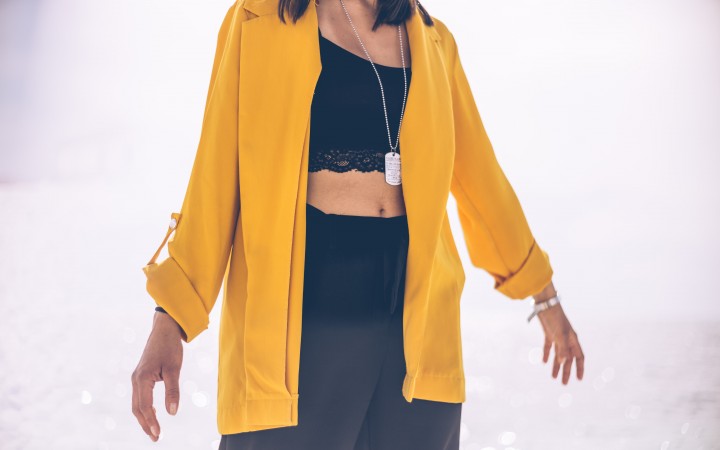 Disclaimer: This is a true story and all identifying information has been modified. Any resemblance to real people, living or dead, is purely coincidental.

Meeting a soulmate is like breathing for the first time. You don’t quite know what’s happening. Everything is as if it’s the first time ever. That’s how Vishwa felt when he first saw me.

Me? I was an utter tubelight. The truth of my life was standing at my doorstep and I was oblivious to the fact that my life would never be the same again.

This is how it all started.

One must never take antidepressants and alcohol together. I learned it the tough way. But if I hadn’t made my cocktail of stupidity that Saturday, I never would have met Vishwa.

Of all the vices one could have, Tinder has been my biggest one. I’m not addicted to it, but I have a dependence on swiping, like a snooty old businessman who can’t go to sleep without a peg.

So, being engaged to be married was really no deterrent for me to be on Tinder. Don’t get me wrong. I wasn’t hoping to pick up anyone. I just get immense satisfaction by swiping left.

That day, when I saw Vishwa’s profile, I almost snorted my vodka through my nose.

You should know that any profile with a celebrity’s picture on it is fake. But I wasn’t looking at some Allu Arjun or Prabhas. I was staring at one of Tollywood’s most archetypal villains ever.

This guy was another level of a filmy fan. Usually, this is an automatic left swipe. But for some reason, I really wanted some entertainment for the night. Why not roast him, I thought? And swiped right.

It took me straight to my destiny.

He said something completely lame in his first message.

“Picture #4, I love your the way you’re smiling in it”

It was my least favorite picture. I don’t think I’m a very beautiful person. And the picture he chose to compliment me on (kind of) rubbed that in.

But in my drunken cynicism, I said to him, “Oh! Would you mind saying that to my face? I think it would resolve my body image issues forever.”

“Do you have Telegram?” he asked. Not WhatsApp, Telegram. That’s when I knew this guy was fake AF.

I played along. I gave him my Telegram ID just so I could look at him in the face and roast him. The minute I heard from him, I boldly picked up the phone and video-called him.

One ring, two rings, three rings. The call comes on. Briefly, the camera shakes all around and I see a ceiling. A flash of beige curtains. And then his face.

Since then, my lower jaw has had a new name- Newton. Because trust me, it discovered gravity. And then this man, with his most luxuriant salt and pepper beard and crinkly non-villain eyes, smiles at me and says, “Hi”.

No Dolby Digital surround sound in a multiplex can replicate that voice- a voice like a tiger laughing. That’s the man who is in love with me.

Everything about our first meeting was un-date-like. Past midnight, Vishwa arrived at my apartment, in drawstring trousers and an Avengers T-shirt. I was in my pajamas, with my big owl spectacles and messy hair. His towering frame covered the entire doorway. I nearly gasped in shock, but only stopped with what little social etiquette I had left in me.

“Okay, now give me what I came here for,” he said, and my immediate response was “But I have my period!”

He laughed nonetheless and drew me into a hug. I said a silent prayer for myself before his giant palms landed on my back. But when they did, it felt like the wind had lifted me up.

For the first time in my life, I was being held as I mattered, and I have no memory of it in my skin, thanks to my stupid drunken haze.

We talked ourselves to sleep, and as we were lying in each others’ arms, I heard the incredible crescendo of his heart beating in his cavernous thorax as if it was music swelling in an auditorium. I was mesmerized.

Somewhere in the middle of the night, I realized that my period needs to be managed. I quietly extricated myself from his heavy arms and made my way to the bathroom.

Guess what? He’s a light sleeper.

“Woman,” he says sleepily, “Where are you going?”

I explain to him that I’m going to take care of "a girl thing'' and he should go back to sleep.

He wakes up nonetheless and follows me to the bathroom.

“I want to see it,” he says. I don’t blink. Teaching a man how a menstrual cup works, and actually getting him to see period blood is a big feminist dream of mine. It was incredibly special that someone was proactively interested.

Like a sex education teacher, I give him the basic facts first - I use a medium cup. It’s the first day of my period. The cup can hold about 25 ml of blood. I have to squat down to pull it out. Then I empty it, wash it out with a special menstrual cup wash, and squat back down to re-insert it. And then I go through the motions.

He watches intently as if there’s going to be a test later.

I wash my hands thoroughly with soap and get back into bed with him. I’m not sleepy and I don’t intend to let him go to sleep either.

I'm looking at his face, and involuntarily stroking the curve of his moustache. I prop myself up on my elbows and demand,

"Are you doing all of this because… you're preparing for a character?"

He looked at me flabbergasted for a second, his almond eyes widening just a millimeter.

“I’m not a method actor,” he chuckled.

“Take your shirt off,” I demanded. I promise you, there is no logic to how I said it, but he complied.

The palm of my hand fits completely in the middle of his chest. He smells like, he smells like…

My breathing is shallow, then deep, then slow, then fast. He pulls me closer, fastening his arms around me. I’m surprised by how gentle it is, even though he could so easily crush me.

"Your biceps,” I tell him sleepily, “They’re the size of the mixer jar mom makes hari mirchi paste in.”

I slept for two hours that night and woke up feeling like a whole year had gone by.

The man in my bed was mine. Mine. And I was born for him. Somehow, I just knew it.

From that moment to this, It’s felt like 15 years have gone by. We’ve been spinning down a black hole where normal rules don’t apply.

He’s 45, I’m 27. He’s in a polyamorous marriage, I broke up my engagement. There’s nothing about our relationship that’s agreeable to our people.

But I am going to tell you a story of how I’m naked, body and soul, and how he’s invested himself in my life.

I don’t recognize who I am anymore. But if there’s a truth, if there’s happiness- it’s this.

There’s not a single thing I ask of him that he hasn’t given me- starting from the first one.

“Tell me I’m beautiful to my face, and my body image issues will be resolved forever,” I’d asked. He has come through on it.

One story at a time, I will tell you how my career has changed, my relationships have changed, and how I live inside my own body.

To be continued: There’s an infinite gentleness in the way he calls out to me.

I am just a girl in love. I cannot be held responsible for my actions.