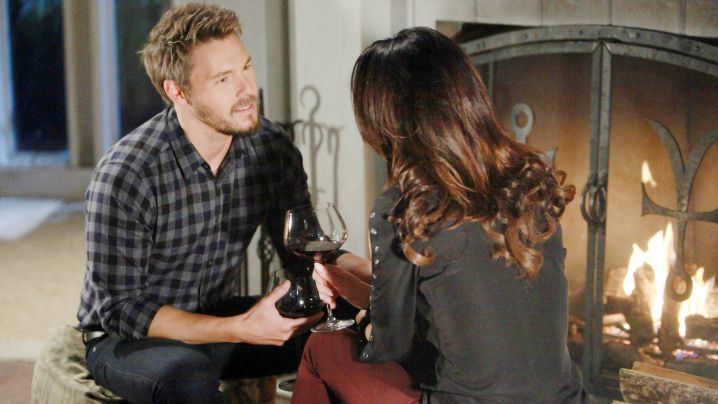 Does loving someone mean you should marry them too? Well, this is what I thought about my love. I love him, I will be with him.

In 2016, we met on Facebook in the comments section and became unexpectedly close friends over time. He was in another state, some 700 km far away. But fate brought him to my city as he was preparing for the civil services examination.

Even when he was in my city, we didn't meet for some 2-3 months. We were just connected over chats. Our chats soon became non-stop and we started to talk even for entire nights. We were realising that we were stepping into another zone, something more than just friendship.

This is how we unexpectedly became virtual lovers.

We decided to meet. Humayun tomb was our place to meet for the first time. I like historical places and he does too. Then after the first meeting, we were madly into each other. We resonated well. It was all dreamy and heavenly. It was the best time we spent with each other, though virtual mostly. After the day we first met, he was going back to his home state, and it became really tough for us to say goodbye.

Saying goodbye to someone you just met, someone you just fell in love with. It's hard when you have not seen the person enough, not met him enough. But, this had to happen. Then, he would come to meet 2-3 times in a year. And we would have some short meetings. It was always tough to say goodbye, at the metro station, at the railway station and sometimes seeing him off in a cab. At each goodbye, there were promises, to meet again, to love each other the same way forever.

We never ran into hopelessness for our love. I craved to meet him, I waited and planned for the next meetings in between. My whole life was concentrated on him only. He would video call me and we would meet each other virtually. He used to promise to meet me soon. With great patience and love, our relationship endured everything it could. From the internet ban in his state to even the phone call ban.

It was a deep and unconditional love, not dependent on seeing each other, or hearing each other's voice daily. There was trust between us, that never let us have doubts even over long distance. Sometimes, I do wonder what kind of insane relationship it was. Our hearts knew we were together, and that was all.

I was living in a hostel from 2016 to 2020. And I had girls around me who would go out daily to meet their lovers with great enthusiasm. I would miss him by seeing all this. But I had patience that he will come too. After each of our short meetings, I did hope that he will not have to leave my city one day, and that we could be together. I had options like other girls to have a love affair in my city. People approached me, but nobody ever crossed my mind other than him. This is how this relationship went on and on over days, months, years.

Even my career was influenced by him. After completing my graduation, I planned to prepare for civil services. It was my dream to marry him one day and cracking this exam was the one and only way I could get a job in his state, and for his family to accept me. I was an outsider to them.

Then an emergency was declared in his state. In August 2019, we were cut off. There was no kind of contact for some three months. Each day and each hour was like a prison for me during those times. I had no idea where he was. If he was okay, or if he will ever be able to make contact to me. I sent letters to him few years back so I tried that option. But even postal services were banned. I was in despair, with no hope left. Visiting there wasn't even an option, considering the situation there. I just waited and waited. And one day, my phone rang. It was a landline number from his state. And my heart began to beat fast, I knew it was him. That's how we kind of found each other again. Amidst internet, phone, text ban after that, we endured it all.

He came to meet too. We had beautiful moments of comfort and love. Guess what could come between to tear us apart? We had a kind of uncertainty about us but that didn't let us end it. We lived in the moment. But something happened that kind of accelerated the process of our separation. It was somewhere visible to us that after he becomes stable, his family will want to marry him to a local girl. And I will not be acceptable to them.

Then what happened was unimaginable. My father was diagnosed with cancer, and at the same time, my lover's family was pressuring him to get married to a local girl. He had no excuse to tell his parents now. I couldn't leave my family at that time, neither could he make a case for us before his family. They were adamant to get him married soon and I couldn't ask him to fight. It was a situation where separation was our last resort.

And this is how this beautiful relationship is crushed by fate. He is disturbed too, as he can't trust anybody about marriage. But he has limited options. I am still with him in helping him to be happy with whatever life has written for us. I love him and for me, only this is in my control. I will keep loving him because I never lived without loving him since I know the meaning of love. Marrying is not an option for us visibly. And that can't be an end to my love. The kind of love we have, has no end. And marriage can't definitely decide its fate.