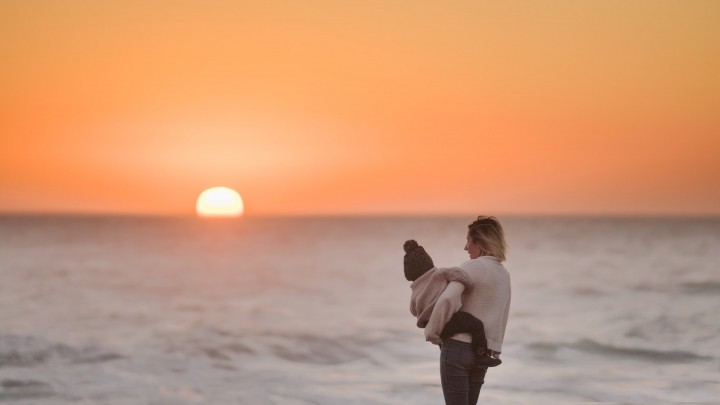 She woke up that morning like any other, held up her hair, and made it into a tight bun so that no strand could come into her way, all day long. She had a long one ahead of her, like always.

She would tread through the 1 hour of travel to the office, 8 hours stretch of office with that constant gnawing pain in the neck, then another hour of travel back home. A day never stopped for her and so she never stopped for a deep breath either. She had no time you see, with all the responsibilities that came with being a single mother. Not that she would give it up for anything in the world.

Mihir was her entire world after all. She had all the memories etched in her heart, from his first steps to his first word – DaDa. That had made her smile too, albeit a smaller one.

It will be 2 years tomorrow, since she saw him, held him, hugged him so tight that his already leaving life was forced to stick longer, even if for just a few more seconds.

Those moments flashed through her like a storm, like they always do, when she is forced to think about them just once every year, this exact day, this exact time, only to continue leading this heavy life, for their son.

“Ma”, called Mihir, rushing into the house, hungry and tired, “I want Maggie”. “No!” pat came the reply, “You know it’s not healthy, sweetie. I’ll prepare a sandwich”. And with that, normalcy was returned in the Khanna household. “Mom, we have been told to prepare a family tree. I will need your help with that”, said Mihir, eating his sandwich half-heartedly. “Sure, you go get your things, let’s get this done”, smiled Renuka looked at her son, and said, “Mihir, always remember, I love you!”.

Mihir was used to these sudden love outbursts from his mother. He was all of 11, but with the maturity of someone wise beyond his years. He never spoke to Renuka about it, but knew the date, and understood. So, he just smiled, gave his mom a hug, and went to get his things from his room.

Mother and son sat on the floor, working on his school project, the Family tree, Mihir sticking pictures on the branches of the tree that he had drawn, indicating his entire family, on the huge paper sheet and Renuka handing him the pictures to stick. Ram’s picture was the last one to be handed over, she wanted to hold it for some time longer.

After hours of what Mihir called “exhausting homework”, they decided that their artwork looked great, maybe worth an exhibition. “Now, with your permission, your majesty, I’d like to go to my royal kitchen and prepare you your favorite meal”, said Renuka, getting from the floor towards the kitchen slightly pressing her head. “Is it paining again, Ma? Why don’t you try loosening your hair?” asked Mihir, sounding worried. Raising her eyebrows, she said, “They distract me.”

Mihir knew that was the end of the discussion and did not prod any further. Sometime after midnight, Renuka got out of her room, went to Mihir’s to check on him, sat by him for a while, smiled while running her fingers through his hair, gave him a peck on his forehead, and left. He turned around as he heard her arrive and open the door. Seeing her face after a long gloomy day makes him happy, very happy.

This was a routine for them, he waited for her every night at the terrace of the society and she would come to him every night, if only for just a few minutes, but to soak in the tiny bit of light that she found in this rather dark life of hers. They looked at each other for a while, not saying anything. She walked a few steps further, closer to him, as close as possible, smiled, and wrapped herself in his arms like her life depended upon it.

But went right through him, hugging not him but herself in the end. He was standing right behind her this time, as she opened her eyes back, felt a rush of her hair on her face, her bun undone. “I have always said love, you look your best with your hair open. Please don’t tie them again. I am always watching, tell him I love him too.” She took a deep breath, found back her composure, and turned around, only to find him gone. Again.

Even someone as stoic as a stone could see the pain etched onto her face. She wanted to feel him, so dearly, so badly, that it made her ache. Everywhere. She took a few deep breaths to stop her heart from pounding so fast, trying her best to hide them in her eyes, but tears are stubborn, they disobey when you really want them to stay put right where they belong. Inside, never flowing out. She could not take it anymore, dropped to her knees, sobbing, but with no sound.

She lied there for quite some time, only got up when she realized the sun was about to come out and shine. Brighter. She got up, held up her hair, made them into a bun, and got going.