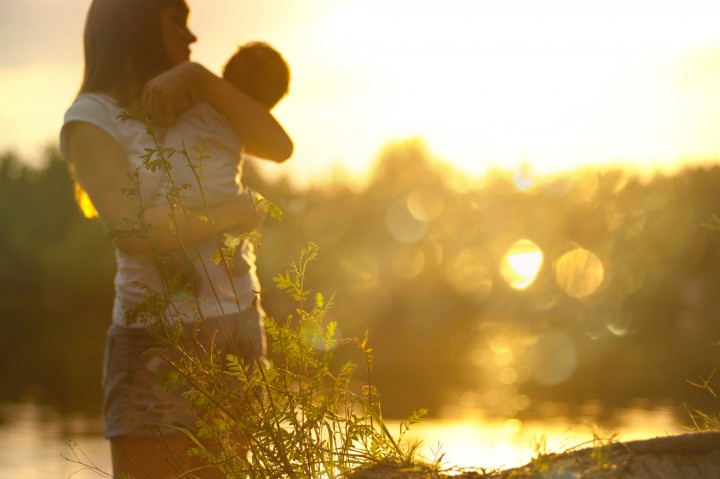 Every time happiness comes to me, it asks me to pay the price for it. I don’t have a very good past. Every time there is some or other problem going with me, hand in hand. Whether it's financial or some other. If I start writing about it, it would be a whole book.

Let me start with 2013 when someone very special came to my life. We were in love with each other deeply. I really started living happily and those were the best days of my life. It was a long distance relationship but moreover, we belonged to different religion so it was clear in our mind that one day we have to part ways as both our families are very strict when it comes to marry in a different religion, nor were we both ready to leave our cultures so it would have become difficult for us in the future.

Finally, the day arrived and with my parent's and boyfriend's wish I decided to get married to someone who was a stranger to me. As I am very practical in life, with a stone on my heart I decided to move on and instead of wasting my life for the sake of the love which I had met on Facebook, I accepted to live a practical life instead of fantasies.

I got married in 2016 with the man my parents searched for me. But unaware of the fact that the groom’s family were dowry predators. My parents spent well in the marriage, beyond their capacity but it was not enough for them. They wanted cash and even a car as my parents gave me a two wheeler. They felt humiliated as what would society think of now. Despite of the fact that they even didn’t give me anything in return. Even the expenses of the reception they wanted to be incurred by my parents only which I refused. There was no decoration and no ritual to welcome me in the home.

On the second day of marriage itself, my mother in law told me to do cleaning and from the 5th day itself I was cooking in the kitchen. Like a good daughter in law I never refused to do any household chores. My mother in law stole all the gifts and cash of her own son, which he had got in the marriage. Later when he came to know by himself, she created a huge mess and blamed me for everything that it was me who had filled the ears of my husband and created a fight between the son and the mother.

From that day onwards, she started mentally torturing me. She kept me busy in the work whole day and kept taunting me that I don't know anything, despite me doing every work according to her words. But as soon as I would finish she would start abusing and taunting me that who told you to do this work like this.

She made my life hell in within one month of the marriage. My husband was loving and caring but he hid from me and family that he is an alcoholic. When I came to know I told him to stop drinking as I can't tolerate some one who drinks firstly, he promised he will not but every weekend he came home drunk. I am convent educated and before marriage was teaching in a well reputed school so I told him I wanted to continue job but my mother in law put a condition to give her my full salary. I told my husband to give my half salary. So she put in my husband's mind that I want to get freedom that's why I am willing to do the job. He insulted me a lot after that.

In the second month itself I got pregnant and after that my mother in law made me miserable. I was tortured mentally daily by her and as a result I was in depression. I lost weight and my skin was dull. I was no more attractive. I hid everything from my parents but in my 7th month I told everything to them.

My mother took me with her as I was very weak and pale, for taking care of me. I came back on the day of my delivery as I was very afraid that she could harm my baby in the womb. In between she got time to change my husband's mind.

I was blessed with a baby girl. But my in-laws and husband wanted a son so, my mother in law started torturing me more so that I leave the house myself and they could blame me that I don't want to stay with them. After delivery she wouldn’t even give me food to eat. My mother would bring food for me.

On the 5th day she created a huge fight on a small issue with my mother.  And on the 6th day my husband sent me back to my home. Later, they filed a case that I ran with the baby myself and took their belongings too as I had an affair outside marriage. From my side we also filed a case for dowry harassment but our law gave justice to the one who threw money. My family is middle class, we can't give bribe to every policeman or lawyer. No relative came forward to help me I was the one who was fighting alone for justice.

My father and I were tired of fighting the case also, my father's health was not good as he was too much depressed because of me. So after one year, I decided to take back my case. I told my husband that I don't want anything from him just give me divorce so finally I got divorced in 2017.

I started taking tuitions and when my daughter was 1.5yrs old I joined a kindergarten school.

I was financially dependent on myself for all the expenses of me and my daughter though my parents support me a lot. However, I don't want  to be a burden on them. For me it was very difficult to do a job with a kid as I used to take her with me. I managed some how and only I know how hard it was.

This is what happened next..

Share this story because we can all learn something from another person's struggles.