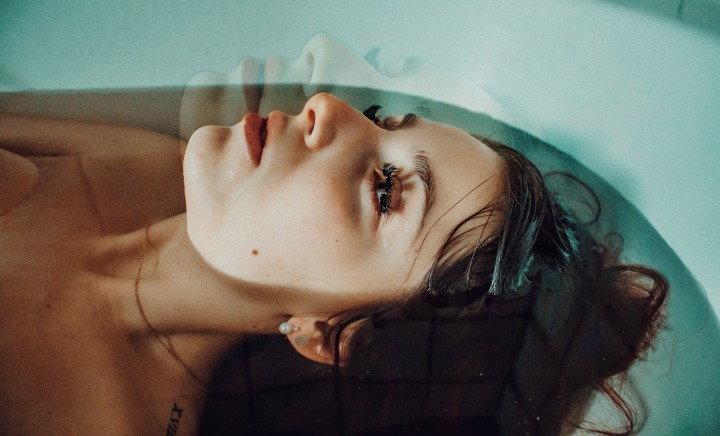 He was deeply in love with me from the first day itself and every time he saw me online he invited me to play with him. As he is a brother of one of my students so I started playing with him. As PUBG provides the players to talk to each other while playing we started talking to each other and as days passed I told him about my past too.

My daughter however accepted him as a father as he only told my daughter that he is her father. His family was totally against though I was some how convincing mine. His family was doing all efforts to stop him. Even I met them and tried to convince them, but in return they insulted and abused me. I refused to marry him but he was firm that he will marry me.

Things were not good between us due to his family and we decided to meet in some place where no one can see us together to sort everything in between us and that day we got intimate. That day I got pregnant as we had not taken any precautions and every thing happened in an emotion.

We decided to keep our child. He searched for a job in a different city and convinced my parents for marriage. My family was not aware of my pregnancy and for the sake of my happiness they got ready. We got married within two days and after one month I was with my love.

We came to a new city on 8 march and on 22nd it was a lockdown. During lockdown, his family also accepted us. But as both didn't have a job it became very difficult for us to survive without money. Though my in laws accepted us but they never supported us financially. It was my mother who used to send us money.

I started an online job and even I was not well and I used to teach standing for hours. He is very loving and caring and during this phase he supported me a lot and even helped me in household chores too but was never concerned about the financial expenses. It was me and my mother who were taking care of each and every expense from the first day of the marriage.

I sold my gold to get settled in the new city. After reaching here, I told both the families that I am pregnant but hid the truth that I got pregnant before marriage and later I told them I delivered a pre mature baby and both the families believed as we have created some fake photos of a baby in a NICU.

Both families were happy and we don't want them to feel ashamed because of ourselves as at the time of our marriage both faced the society and were convincing the relatives. I was blessed with a son this time.

After one month, I went to my home town and my in-laws were really good to me and even accepted my daughter. I was on cloud nine. But now, I came back to the place where we were staying and my husband also started going on the job.

After we reached here in March, he was least interested in sex though I didn't mind much as I thought it was because of my pregnancy. But now after I delivered a baby and recovered too, he is not interested. We haven’t been intimate since past 6 months. I even tried seducing him and told him to get intimate and even doctor also permitted but he remains quiet and ignores every time.

He hardly spends time with me now and doing a job where he earns only 14k in which 5k is our house rent. By the end of the month, we even don't have money to buy milk for my son. He comes home after 12 midnight daily and goes to work again at 12 in the morning. Though he loves both the kids but he comes home now to eat and sleep only.

Now I am a full time maid and a baby sitter in this marriage. I have to do some job too as money he is earning is not enough but as my baby is small and the place is new, I can't leave my kids with the baby sitter nor can we afford one. I have a lot of trust issues and as both my kids are very small- one 4 yrs and other 2 months old, I want them to be with me as no one can take care of them better than myself.

Due to corona pandemic, no tuition is coming here. And schools are also open for 9th to 12th so no online jobs are also there. My situation became where there is no love and money. And as I was the one who chose this life I can't go back and quit again as it will become hard for my parents to give answers to the society this time. I also don't want to stay with in laws as I am afraid because of what I suffered in the past and we have totally different cultures, it will be more difficult for me to adjust.

I love my husband a lot and even can't stay away from him. I screwed myself again now this time with one more child. All I can do is to keep patience till the day I become capable of going outside and earn well for my kids.

Share this story because we can all learn something from other's struggles.

The Golden Bird
Your Stories
YOURS GEEKLY
BAKKAR. CHAI. SUTTA
LIFE IS TOUGH
HOW'S THE JOSH