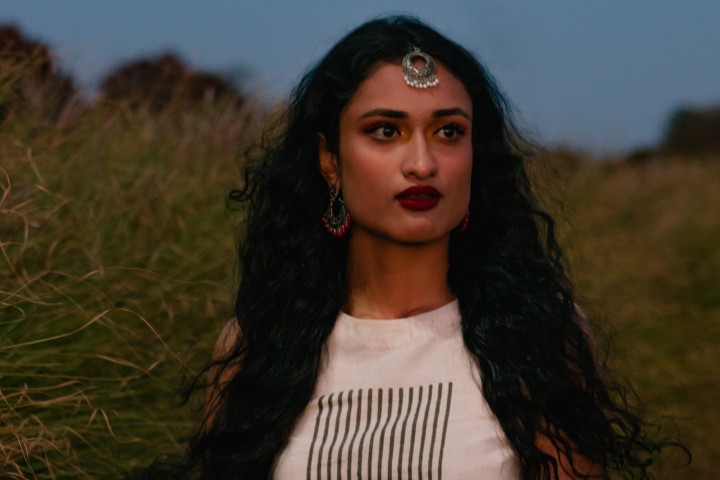 I have always been a pampered child since birth. My parents are very caring, especially for me. I was the first child born in the next generation, so now you can easily understand why everyone pampered me a lot.

My mom always treated me as a priority in her life. She is such a creative & educative lady, but she didn't chase her dreams, since she always wanted to make sure that her child gets the best of care & nurture.

After three and a half years my brother was born. It was a very joyous moment in our life. I was immensely happy since I was the one who had wished for a brother. Mom had fulfilled my wish. I wanted a companion bhaiya in my life. I never dreamt that since his birth he will love me so so much. I was amazed that God fulfilled my wish. I am blessed to have a helping, loving, friendly brother.

When I was in school, I was a good student throughout. As years passed, my grades improved in school. I became way more dedicated. I never felt a sort of anxiety or feeling low or something but I have always been a sensitive person. I really wanted to move out for graduation and studies, because it teaches a lot of things. We learn to be self-dependent. We experience college life in a better way.

Since it was just about a bachelor of commerce, my parents didn't let me go out of the city and study. I cracked the central university exam and took admission later in my city.

I have always been very creative since primary school. I really wanted to make it my career. There was always a regret that I couldn't do what I really wanted to do. Just because everyone was doing that. There is one life. Give your best should be the motive in life.

Since I have always been good at dancing, music, fashion, art, designing, sketching. I felt that I was not given a proper chance to do freely what I really wanted to do. My feeling of regret was increasing by every passing year, then came the final year.

I was not that kind of girl in college who was interested in getting into a relationship or anything. Since I have an attractive personality, a good height, I used to get loads of compliments from boys. I always took proposals as a compliment. When we are at this age it's natural to have a crush.

I had a crush on someone in high school whom I never had a proper talk with. I didn't know how was he as a person. I thought of talking to him. I just wanted to be friends with him. When I just talked to him for two-three days, I never thought that step of talking to him would be like hell. I had never ever experienced anything like this before.

It was a traumatic feel for me which I can never forget in my entire life. That night was disastrous. That anxiety attack just almost took my life. Being a kind and pure-hearted person, I was talking to him very nicely. Just a little teasing to him would turn out to be so choking that I had never dreamt of it. It was a feeling when I felt like crying but couldn't even cry. It was like a full stop in my life.

I would wake up at midnight, hug my father and start crying. My daddy had never seen me in such a state before. It was a shock for everyone. First of all the thing which hit me the most was how could a boy even talk to me like this, such ABUSIVE words.

Every boy has been so nice to me in life, being a pampered loving child I never thought anything like this could happen. It was a huge shock for me. Just a text from his side could be so disastrous. I never experienced anything like this in life, life would take such a turn, I had never Imagined.

I thought I would not be able to complete my graduation that year. I was so negative for my very self. It was like a huge pain for my family to see me in such a bad state. That one message affected me a lot. I was highly depressed. This gives a message that 'Words can make you or break you'. Social media could be so harmful, never ever dreamt. This is life, anything could happen.

I cut-off from social media after that incident for a few months. I re-joined after a few months. It was my will power and family support that stood me up otherwise I wouldn't have done things which now I have accomplished. I slowly and steadily gained back my lost confidence. I thought I couldn't do what I wanted to do in my life. Since at that time my life was shattered.

Later on, being a creative person, I did a Jewellery designing course. Successfully completed my MBA as well. Then I got to know, that I am a fighter. In life, anything could happen. We never know what happens in the very next second. That cheerful and bubbly girl was back.

She is now working in an MNC. She will fight. She will keep fighting. This lesson taught me that you never know how the person would turn out to be or react to you. I never did anything wrong with anyone. I still question God, Why me? Why I suffered this? But then I learned to live with these issues.

My life has been a roller coaster since then, full of ups and downs. It sometimes feels like childhood was easy for me. Life becomes tougher over time. I am expressing my heart out here what I really wanted to express for a very long time.

All we need to do in adversity is keep moving on. Share this story so more people can get inspired to do so.